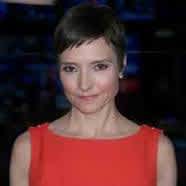 Catherine Herridge is an award-winning Chief Intelligence correspondent for FOX News Channel (FNC) based in Washington, D.C. She covers intelligence, the Justice Department and the Department of Homeland Security. Herridge joined FNC in 1996 as a London-based correspondent.

A lead correspondent for the network’s coverage of the 9/11 Benghazi terrorist attack, Catherine was first to report on September 12th, based on an interview with the chairman of House Intelligence Committee, Congressman Mike Rogers that “It was a coordinated, military-style, commando-type raid.”&nbsp; On September 17th, one day after Ambassador’s Rice’s controversial claims on the Sunday talk shows, Catherine was first to report there was no demonstration at the consulate when the attack unfolded.

Herridge has also reported from Afghanistan, Iraq, Qatar, Israel and Guantanamo Bay. She has covered stories including the ethnic conflicts in the former Yugoslavia, the Northern Ireland peace agreement, the investigation into Princess Diana’s death and 9/11 in New York City. She is one of the few reporters to sit in the same military courtroom as the self-described architect of the 9/11 attack, Khalid Sheikh Mohammed, and his four alleged co-conspirators. Herridge and the network’s team of investigative journalists traveled across the United States and to Yemen to complete an eighteen-month investigation into al-Awlaki, who was linked to three of the 9/11 hijackers, the Fort Hood attack, the attempted bombing on Christmas Day 2009, the failed attack on Times Square in May 2010, and the cargo printer bomb plot in October 2010. “The Washington Post” described the resulting documentary as “an explosive hour.”

Among her exclusives&colon; a classified State Department cable sent in August 2012 by Ambassador Chris Stevens warning Secretary Clinton’s office that the consulate could not withstand a coordinated assault. Secretary Clinton, Secretary Panetta, and Chairman of the Joint Chiefs Gen. Martin Dempsey were all pressed during House and Senate hearings on Benghazi about the cable’s warning, and whether they acted upon it. The classified cable foreshadowed how Ambassador Chris and three other Americans would die on 9/11.

Additionally, Herridge covered Hillary Rodham Clinton’s Senate campaign in 2000. She was also a New York-based correspondent for the Fox Broadcasting Network newsmagazine “Fox Files” where she led investigations into Medicare fraud, prescription drug abuse and child prostitution. Her work on Fox Files was recognized with the Bronze World Medal from the New York Festivals, honoring excellence in communications media.

Herridge’s recent book published by Crown, “The Next Wave: On the Hunt for al Qaeda’s American Recruits,” exposes the new face of terrorism and predicts the source of future threats in the Middle East and North Africa.

Herridge comes from a military family, so her national security reporting is deeply personal. In 2005, her family made national headlines when Catherine donated part of her liver to their younger of two children, Peter, for a lifesaving transplant. She is now an outspoken advocate for organ donation.

A graduate of Harvard College and the Columbia School of Journalism, Herridge began her career as a London-based correspondent for ABC News.