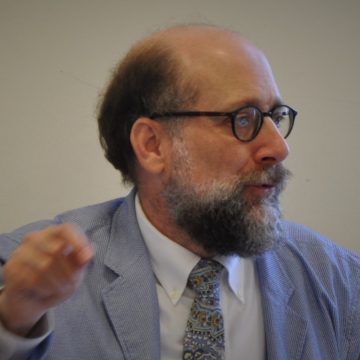 Charles T. Rubin teaches courses in political philosophy at Duquesne University (Pittsburgh, PA). His recent research and publications focus on emerging technologies, such as nanotechnology and artificial intelligence, and those who believe they will allow the redesign of humanity. He blogs on these topics at "Futurisms" and is author of the 2014 book Eclipse of Man: Human Extinction and the Meaning of Progress (Encounter/New Atlantis Books). Previous work focused on the political theory of environmentalism and urban planning, and other issues in science, technology, and policy like the problem of earth/asteroid collisions. Dr. Rubin is the author of The Green Crusade: Rethinking the Roots of Environmentalism (1994) and editor of Conservation Reconsidered: Nature, Virtue and American Liberal Democracy (2000) both published by Rowman and Littlefield.

In 2014-15 he was the Garwood Visiting Professor, Department of Politics, and a Madison Visiting Fellow in the James Madison Program for American Ideals and Institutions, Princeton University. There he worked on a book, tentatively titled Man Made Monstrous, exploring what classic stories about human created monsters like Frankenstein and The Island of Dr. Moreau might tell us about the coming age of biotechnology. Other work in the field of literature and politics includes studies of Henry Adams, Flannery O’Connor (with his wife Leslie G. Rubin), H.G. Wells, and contemporary author Neal Stephenson.