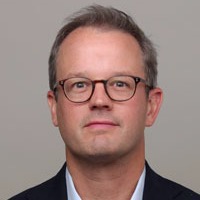 Professor and Associate Chair, The University of Texas at Austin

Devin Stauffer specializes in Socratic and early modern political philosophy. He has taught at UT Austin since 2004, where he has been honored with two teaching awards; he also received two awards for his earlier teaching at Kenyon College.

Professor Stauffer has written two books on Plato — Plato's Introduction to the Question of Justice (SUNY, 2001) and The Unity of Plato's Gorgias (Cambridge, 2006) — as well as Hobbes's Kingdom of Light (Chicago, 2018). He has published articles across leading journals such as the Review of Politics, the Journal of Politics, and the American Political Science Review.