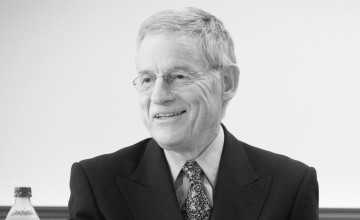 Harvey C. Mansfield is the William R. Kenan, Jr.Professor of Government at Harvard University, where he studies and teaches political philosophy. He has written on Edmund Burke and the nature of political parties, on Machiavelli and the invention of indirect government, in defense of a defensible liberalism and in favor of a Constitutional American political science. He has also written on the discovery and development of the theory of executive power, and on the virtue of manliness. He has translated three books of Machiavelli’s and (with the aid of Delba Winthrop) Tocqueville’s Democracy in America. He was Chairman of the Government Department from 1973-1977, has held Guggenheim and NEH Fellowships, and has been a Fellow at the National Humanities Center. He won the Joseph R. Levenson award for his teaching at Harvard, received the Sidney Hook Memorial award from the National Association of Scholars, and in 2004 accepted a National Humanities Medal from the President. He has hardly left Harvard since his first arrival in 1949, and has been on the faculty since 1962.