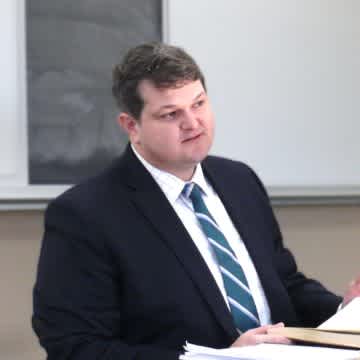 J. Michael Hoffpauir is Associate Director of the Lyceum Program and a Clinical Assistant Professor in the department of Political Science at Clemson University. He previously taught courses in American politics and political philosophy at Hillsdale College. Along with Mark Blitz, Prof. Hoffpauir wrote “Plato’s Political Thought” for the Oxford Bibliographies in Political Science, and, along with Mark Blitz and Gayle McKeen, he edited Leo Strauss 1971-1972 Course on Nietzsche’s Beyond Good and Evil for the Leo Strauss Center at the University of Chicago. He is also the author of Between Socrates and the Many: A Study of Plato’s Crito (Lexington Books, forthcoming). Prof. Hoffpauir received a B.A. in Political Science from Louisiana State University, an M.A. in Political Science from Boston College, and a Ph.D. with a focus on political philosophy and American politics from Claremont Graduate University.