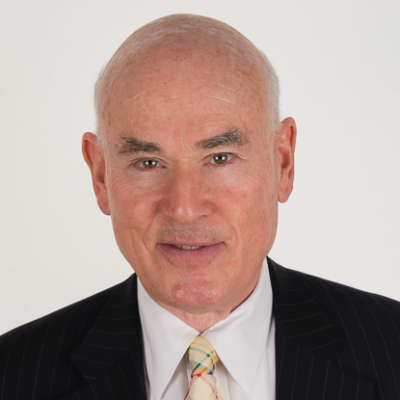 Jack David is a Senior Fellow and Member of the Board of Trustees at Hudson Institute as well as managing his own investments. Additionally, he is an independent consultant on national security matters, especially combating weapons of mass destruction.

Mr. David was Deputy Assistant Secretary of Defense for Combating Weapons of Mass Destruction and Negotiations Policy from September 2004 until September 29, 2006. In this office he was responsible for developing and advising on plans and policies related to nonproliferation and counterproliferation of WMD, including WMD elimination and interdiction, chemical, biological, radiological and nuclear (CBRN) defense and foreign and domestic consequence management as well as for policies related to the Cooperative Threat Reduction program and policies regarding negotiating, implementing and verifying compliance with strategic and other arms control agreements.

Mr. David led a professional and administrative staff of approximately 50 in discharging these responsibilities. His additional duties included co-chairing the North Atlantic Treaty Organization’s Senior Defense Group on Proliferation as well as co-chairing a number of binational defense working groups on CBRN policy issues established between the United States and other countries prior to and during his tenure as Deputy Assistant Secretary. Mr. David reported to the Assistant Secretary of Defense for International Security Policy. Upon stepping down from his position on September 29, 2006, Mr. David was awarded the Secretary of Defense Outstanding Public Service Award.

From 2002 to 2004, Mr. David served as United States Chairman of the Permanent Joint Board on Defense, Canada-US, to which he was appointed by President Bush. Mr. David has consulted (including for the Under Secretary of Defense for Policy), managed his own investments and written on US foreign policy issues for many years. He practiced law in New York City for 28 years until 1995.

Mr. David’s legal practice focused on representation of foreign and domestic clients in predominantly civil litigation and regulatory proceedings, including trials and arbitrations, before federal and state courts as well as the Securities &amp; Exchange Commission, the New York Stock Exchange, and the National Association of Securities Dealers. He also represented foreign and domestic clients on corporate matters, contracts, acquisitions, and business reorganizations.

Mr. David’s civic activities include membership on the Board of Trustees of the Hudson Institute, membership on the Board of Directors of the Committee for Human Rights in North Korea, honorary membership in The National Unification Advisory Council of the Republic of Korea, membership on the Board of Advisers of United Against Nuclear Iran, and membership in the Committee on The Present Danger. He was a member of the Board of Visitors of the National Defense University from 2003 until 2009. He is a member of the Association of the Bar of the City of New York, where he served in various capacities, including chair of the board of directors and vice president. He also is a member of the Council on Foreign Relations. Mr. David has a long involvement with international human rights issues, serving several years as a delegate to a working group of the UN Human Rights Commission. For many years, he was a director of the International League for Human Rights; he was one of the founders of the Lawyers Committee for International Human Rights, on the board of directors of which he served in its initial years.

His publications include numerous articles on issues of federal or US constitutional law, which he authored or edited. His articles relating to U.S. foreign and U.S. national security policy have appeared in The Wall Street Journal, The Asian Wall Street Journal, The Forward, The New York Sun, National Review Online, and other media outlets. He has written many privately-distributed analyses of foreign and security affairs. He is the editor of The Blessings of Liberty (Random House, 1989).

He is married to Hudson Senior Fellow Melanie Kirkpatrick and has three children.