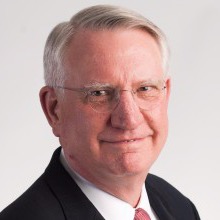 From 2009 through 2020, Mr. Walters served as chief operating officer of Hudson, in which role he oversaw Hudson’s research staff and operations. He was appointed president and CEO in January 2021.

Mr. Walters also directs Hudson Institute Political Studies—an undergraduate summer fellowship program—and Hudson’s Center for Substance Abuse Policy Research. In addition, he is a member of the Independent Review Committee, hosted by Hudson Institute and established to advise the Attorney General and Congress on the implementation of criminal justice reform under the First Step Act.

From December 2001 to January 2009, Mr. Walters was director of the White House Office of National Drug Control Policy (ONDCP) and a cabinet member during the Bush administration. As the nation’s “Drug Czar,” Mr. Walters guided all aspects of federal drug policy and programs—supporting efforts that drove down teen drug use 25 percent, increased substance abuse treatment and screening in the healthcare system, and dramatically dropped the availability of cocaine and methamphetamine in the U.S.

From 1996 until 2001, Mr. Walters served as president of the Philanthropy Roundtable, a national association of charitable foundations and individual donors. His prior government service included work at ONDCP, at its founding in 1989 as chief of staff, and later as deputy director of supply reduction. He was assistant to the Secretary and Chief of Staff at the U.S. Department of Education during the Reagan administration. He also served in the Division of Education Programs at the National Endowment for the Humanities from 1982 to 1985.