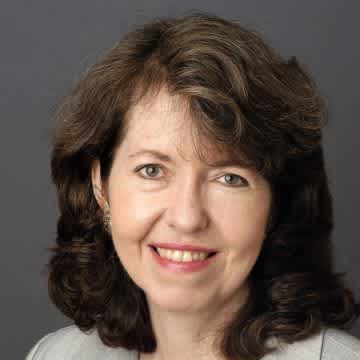 Melanie Kirkpatrick is a Senior Fellow at Hudson Institute. She is a writer-journalist based in Connecticut and New York City. She contributes reviews and commentary to various publications, including the opinion pages of the Wall Street Journal, for which she worked from 1980 to 2009. Her most recent book is Thanksgiving: The Holiday at the Heart of the American Experience (Encounter Books, October 11, 2016).

From 2001-2006 she was the editorial page’s Associate Editor, responsible for the daily Review &amp; Outlook (editorials) column. Before that, she was op-ed editor of the paper. During her career at the Journal, she also oversaw the launch of OpinionJournal.com and other online products, managed the editing and production of books published by the Journal, and served as a member of the board of the Dow Jones Newspaper Fund.

Kirkpatrick was a co-editor of the Journal‘s series, “Whitewater,” a six-volume collection of Journal commentary during the Bill Clinton Administration. She was also co-editor of several editions of the Index of Economic Freedom, published annually by the Journal and the Heritage Foundation; the Index evaluates and ranks the world’s economies. And she is the author of Princeton-in-Asia: A Century of Service (1998), a privately published history of the nonprofit educational organization.

Kirkpatrick spent 10 years in Asia, working for the Wall Street Journal Asia in Hong Kong and, prior to that, for a division of Time-Life Books in Tokyo. She received the 2001 Mary Morgan Hewett Award for Women in Journalism from the Friends of the East-West Center in Honolulu. The annual award recognizes a journalist who has demonstrated commitment, hard work and expanding influence throughout her career.

She received a bachelor’s degree from Princeton University and a master’s degree in English from the University of Toronto. She was a Gannett Newspaper Foundation Fellow in Asian studies at the University of Hawaii. She is a member of the Council on Foreign Relations; a trustee of Princeton in Asia, an internship program in Asia for young graduates of American universities; and a director of the America for Bulgaria Foundation. She is a member of the Human Freedom Advisory Council of the George W. Bush Presidential Center.