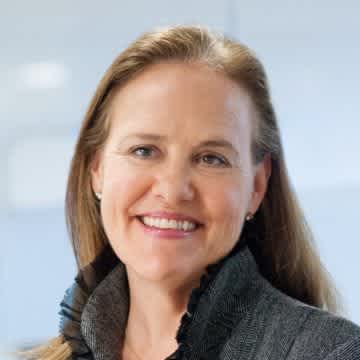 Michèle Flournoy is Co-Founder and Chief Executive Officer of the Center for a New American Security (CNAS).

She served as the Under Secretary of Defense for Policy from February 2009 to February 2012. She was the principal adviser to the Secretary of Defense in the formulation of national security and defense policy, oversight of military plans and operations, and in National Security Council deliberations. She led the development of DoD’s 2012 Strategic Guidance and represented the Department in dozens of foreign engagements, in the media and before Congress.

Previously, she was senior adviser at the Center for Strategic and International Studies for several years and, prior to that, a distinguished research professor at the Institute for National Strategic Studies at the National Defense University (NDU).

Ms. Flournoy was a member of President Obama’s Intelligence Advisory Board and CIA Director John Brennan’s External Advisory Board, and is currently a member of the Defense Policy Board, the Council on Foreign Relations, and the Aspen Strategy Group, and a Senior Fellow at Harvard’s Belfer Center for Science and International Affairs. She also serves on the boards of The Mitre Corporation, CSRA, Amida Technology Solutions, The Mission Continues, Spirit of America, and CARE, and is a Senior Advisor at the Boston Consulting Group.

Ms. Flournoy earned a bachelor’s degree in social studies from Harvard University and a master’s degree in international relations from Balliol College, Oxford University, where she was a Newton-Tatum scholar.