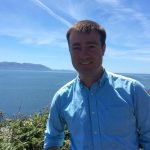 Incoming Assistant Professor of Political Science at the University of Houston, Duke University

Michael Hawley is an incoming Assistant Professor of Political Science at the University of Houston. He previously served as a Visiting Assistant Professor in the Department of Government and Legal Studies at Bowdoin College as well as a postdoctoral fellow and Managing Director of the Duke Program in American Values and nstitutions. His primary area of research deals with the links between classical ideas—especially the thought of Cicero—and the American regime.

His articles have appeared or are forthcoming in the Journal of Politics, History of European Ideas, Philosophy and Theology, European Journal of Political Theory, Polis, Perspectives on Political Science, Polity, and The Journal of Military Ethics. His first book, on the relationship between Cicero and the liberalism of Locke and the American Founders, has been published by Oxford University Press.

He holds at Ph.D. in political philosophy from Duke University and a B.A. in political science from Tufts University. He has also served on the Maine Advisory Committee for the US Commission on Civil Rights.