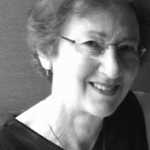 Plato and AristotleMaimonidesBible and Philosophy

Ronna C. Burger is the Catherine & Henry J. Gaisman Professor of Philosophy, and the Sizeler Professor of Jewish Studies at Tulane University. She is an expert on Plato and Aristotle and author of Aristotle’s Dialogue with Socrates On the Nicomachean: Ethics (Chicago 2008) and The Phaedo: A Platonic Labyrinth (Yale 1984).

She also writes on Maimonides and the Bible, publishing “Maimonides on Knowledge of Good and Evil” in Political Philosophy Cross-Examined” and “Male and Female Create He Them" Some Platonic Reflections on Genesis 1-3” in The Nature of Woman and the Art of Politics. Prof. Burger has taught at Tulane University since 1980, where she teaches undergraduate and graduate courses in philosophy and Jewish Studies, including courses on Aristotle, Plato, and the Bible and Philosophy. She received her Ph.D. at the New School for Social Research in 1975.